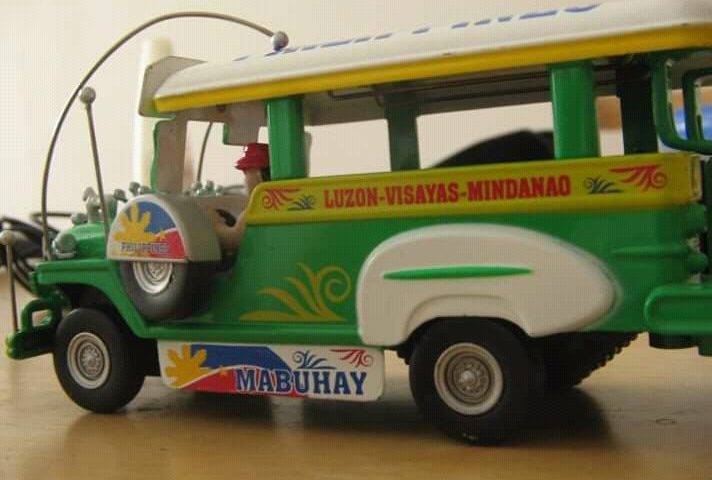 Jeepney. A jeep-shaped vehicle with a long modified rear body. With its long rear body for passenger jeepneys became public transportation in the Philippines. With leafless doors in the back to up and down the passenger, this vehicle is like having a breath of resistance to global world automotive manufacturing.

So they are modifying the jeeps to have more capacity to carry more passengers. Abracadabra! There are jeepneys. Jeep modifications in the Philippines style. The length of the jeepneys are various. It’s depend on the taste of the workshop that made it.

The newer variant of the jeepney can be found on the line of Malaybalay City-Valencia City in Mindanao Island. The difference is this variant is headed like the head of a Diesel Colt. This means that in its development, jeeps it is not the only ‘basic material’ for this transportation model. Other types of vehicle will be modified in the same way to answer public transportation needs in the Philippines. 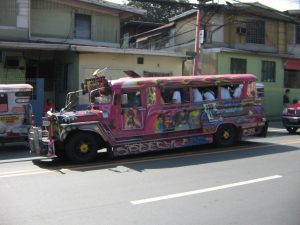 One of the characteristics of the jeepney is the accessories and body that are colorful and full of images. Many of them are pictured with Jesus’s images and the sign of crucifixion. These motives are religious expression of the Philippines community, which are Christians majority.

The Answer for A Cheap Transportation Needs in The Philippines

By modifying the jeeps that became garbages after World War II, the investment in public transportation had became less expensive. Not as expensive as the procurement of a new fleet. By this way the tariff can be reduced to cheap.

Cost for one ride at least 7 Pisos for the closest distance. The exchange rate for 1 USD is about 70 Pisos. Because often the jeepny driver works alone, the passengers sitting behind will pay by relay from his seat while saying his destination. Passengers who are closer to the driver will deliver the costs to each other while (sometimes) conveying their objectives to the driver. Giving change is the opposite.