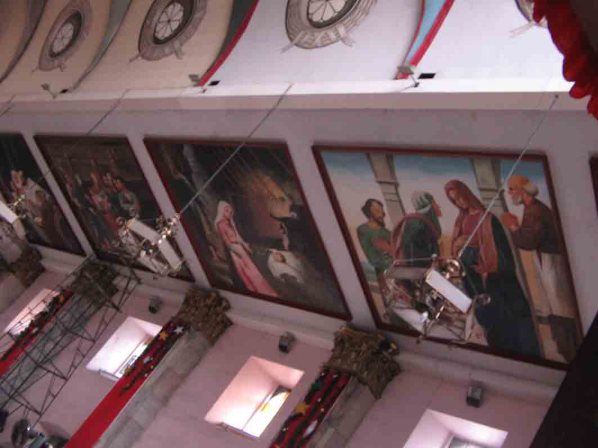 When we enter the Binondo Church, the grandeur will be given to us. It seems like give us a break from the worldly life of the Manila City, which overlaps between modernities and poverties.

Binondo Church is the oldest Christian Church in the Manila. Built for the first time in 1596 by a Dominican Priest to serve the Chinese conversion program in Manila to become a Christian. This religion conversion program was originally issued by the Spanish colonialist government. The reason was because of the growing population of Chinese in the Manila. The Chinese were originally brought in to develop trade in Manila.

This conversion of Chinese to Christianity failed because of language problems. Spanish missionaries had difficulty learning the Chinese language so the program was closed.

In 1852 the church was rebuilt with the feature of an octagonal bell tower as a cultural feature of China which was a member of its congregation. This church was damaged again in 1863 by an earthquake. In 1872 the church caught fire during the British invasion of Manila. After the British occupation this church was soon rebuilt by returning to its 18th century design, as we can see now. The American bombardment on Sept. 22, 1944 turned this church into a pile of bricks and a burning bell tower. The church had operated without a roof after World War II until the 1950s. The last renovation was carried out between 1946–1971.

Grandeur in the Church 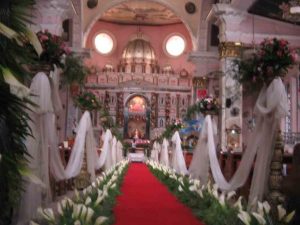 By entering the Binondo Church we will find the splendor that seems to be given to anyone who is in the shade of the church. 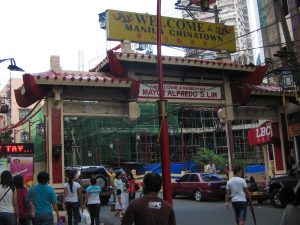 This building is located in Binondo Kampong which is adjacent to Chinatown, Manila. In the past this building was the grandest building in Manila. Now the spaces that give the viewpoint of its grandeur have been swallowed up by the noise and chaos of the city’s development. Various buildings and installations, large, small, permanent, emergency have wrapped up their grandeur. There is no more angle to see the splendor of this church from the outside. Although this area used to be the center of the Spanish occupation, because in this area it was also located in Fort Intramuros, now Binondo is no longer an elite area in Manila. The grandeur of Binondo had been moved to the new, modern, majestic and well-ordered area: Makati City.

Contrast with the Neighborhood

Another fate of the region is the fate of the church. Others inside, others outside. The interior of the church is magnificent and neatly arranged and the outer part wrapped around the cables of life seems to be a differentiator between the ‘right path’ and the worldly life of the city of Manila, which overlaps between modernity and poverty.

That’s how this modern civilization was built. The one inside is not looking outside. Inside people are busy religious and those outside are busy looking for life. Both of them run individually without caring for each other.