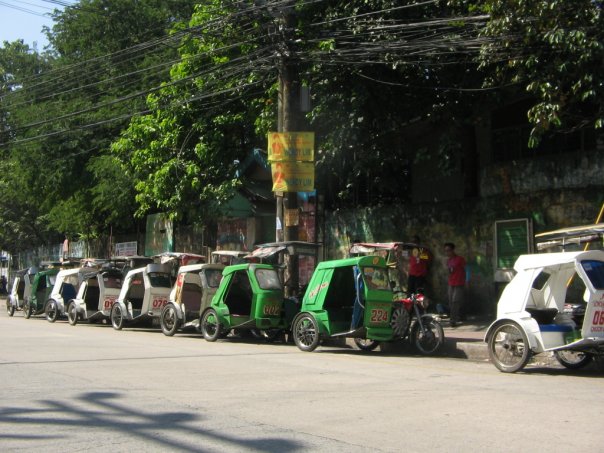 This is the one of Philippines crack on their needs of public transportation. It names tricycle. We can find it in the Manila City. The Philippines often call it in short as “trai”.

In Metro Manila, public transportation that crack from motorcycle can be found. It’s just modified with an additional side train for passengers with a wheel added. Be this three-wheeled motorbike called the tricycle.

It is said that the late Fredy Mercury reportedly created one of his hits when he was in the Manila. He was interested in trying out this unique public vehicle. That is the way he found the idea to start the song with enthusiasm, “I want to ride my tricycle, I want to ride my tri …” That was the expression of the Fredi Mercury at that time. Like a child leaving their anticipated picnic in the morning day. 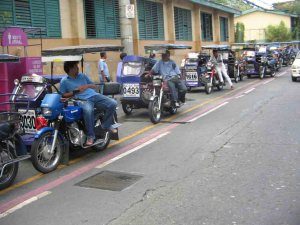 Tricycle in the Manila is designated as kampong transportation. He brought passengers from the end of the alley on the edge of the highway into the kampong or vice versa. Therefore they usually hung at the ends of the aisles. The rule is that this tricycle is prohibited from crossing highways in Metro Manila. Even so, an exception can be found at Katipunan Avenue. Right in front of the Ateneo Campus where tricycle passes by and carrying pasengers.

Other exceptions can be found more massively in the center of Metro Manila. Around China Town, the chaotic green tricycle passes on the highways.

In this area the operating tricycle is rather unusual. In this area we can find tricycles with paddle bikes. There are also tricycles with assembled motorbikes that use machines that are usually used to pump water by farmers. There for tricycle here is not a modified motorcycle but a vehicle that is assembled. It just shoots to a tricycle and then bears the same name. In addition, the tricycle here has a larger side train size, so that it can load more passengers.

Difference Its Operational Area with its Color

Different colors from the tricycle make a difference in the operational area. The green and white tricycle operates in barangays (kampong) in Katipunan and Ateneo Campus, the purple tricycle operates in Barangka barangay. So far, I only offer tricycle with green, white, purple, yellow, brown, black and red. So in some different barangays it is possible to operate tricycles of the same color.

Tricycle can load ‘excessive’ passengers. 1-2 passengers ride a motorcycle behind the driver and 3-4 people huddle inside the side train. As for the tricycle in the China Town area, they have a bigger side train with two chairs facing or back to each other. Four passengers can sit without the need to huddle inside.